For a while now, I’ve been dying to have some chicken wings with a good buffalo wing sauce.  I’m not entirely sure why, but I’d hazard a guess that it’s pretty much down to the fact that I missed this type of food a lot when I was in France for a ski season.  A good dose of chicken with Buffalo wing sauce definitely wasn’t on the menu in a high end luxury catered chalet.  Not that I’m complaining about the amazing Duck Confit, Cheesecake or Pot Roasted Pork I cooked every week (among other things)!

I think part of it also has to do with the fact I’m currently searching for a job now I’m back in the UK.  In between phone calls, interviews, applications and so on, food is pretty often high on the agenda..!

After had a chat with a friend the other night, who is probably into this type of cuisine a lot more than me (see his Instagram here).  He recommended using Frank’s Original as the base for the sauce.  So, I looked up a few recipes to get a feel for the ingredients and whipped one together.

This is an oven buffalo wing sauce.  It’s really more of a marinade, I guess.  Your wings won’t come out the fluorescent orange like they might do in a proper rib-shack, but I can assure you the taste is pretty damned good and they’re probably a lot healthier too, owing to the fact they aren’t deep fried.

I should know better – but I didn’t get chance to photograph the end product this time.  A quick Google Images search shows that they really don’t look that attractive.  A further excuse is that it was quite late when they were finished, and the light really wasn’t good enough to take a half decent photo…! Credits to the photo on this post go to CookinFanatic. 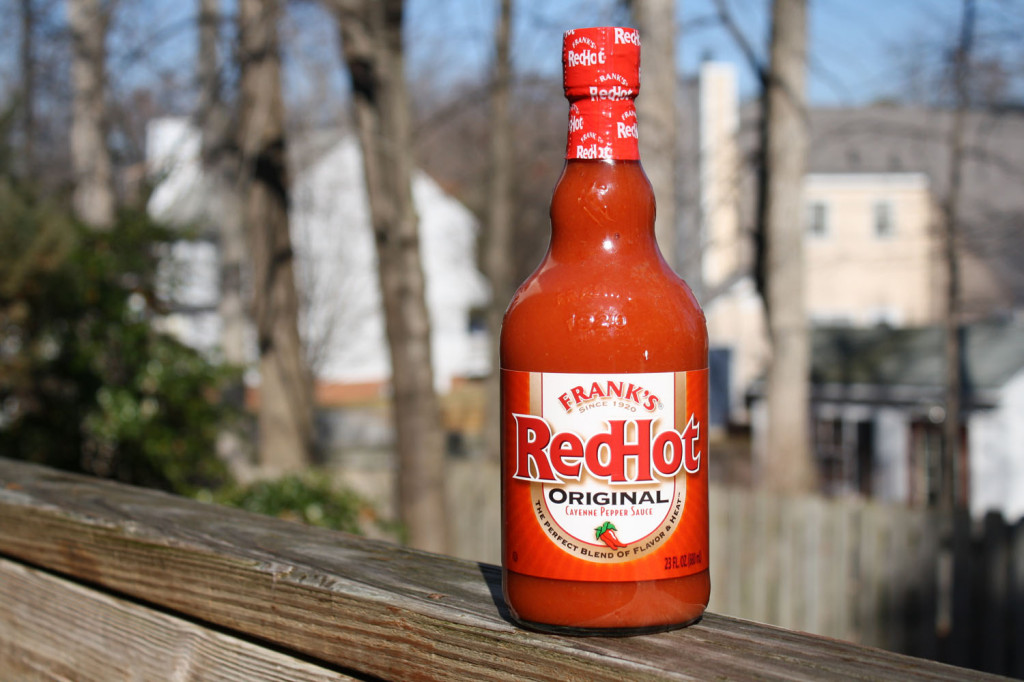