I’m making a white chocolate and raspberry cheesecake (which was voted cheesecake of the season by some colleagues, nonetheless).  This is served with a lovely and super easy raspberry coulis.  So whilst the cheesecake isn’t really within the remit of what I intended for the blog, the raspberry coulis is – it’s kind of a sauce, after all!

What I love about this raspberry coulis is that it’s super easy to make and really tasty.  It keeps in the fridge for about a week once you’ve made it and I guess you could probably freeze it too.  Freezing it in an ice cube tray could be a great way to give a smoothie a nice raspberry kick!

That brings me on to the second reason I love it.  It’s incredibly versatile, too!  In the photo you can see I’ve drizzled it over another dessert I’ve made (an Apple and Raspberry take on Millefeuille).  Using it over icing sugar gives amazing colour to a dish thanks to the contrast between the white and the deep, bright red.  The best way to achieve this look is by using a squeezy sauce bottle.

I can imagine this would be great on apple tarts too but haven’t tried this yet.  I especially like it drizzled over vanilla ice cream or one of my favourites for a quick snack – natural yogurt.  It basically makes the most incredible raspberry yogurt you’ve ever tasted.  It’s a bonus that you know exactly what you’ve put in – just three ingredients (plus the yogurt, of course).

I hope you enjoy this one as much as I do.  And if anyone really wants the recipe to the white choc and raspberry cheesecake – let me know in the comments! 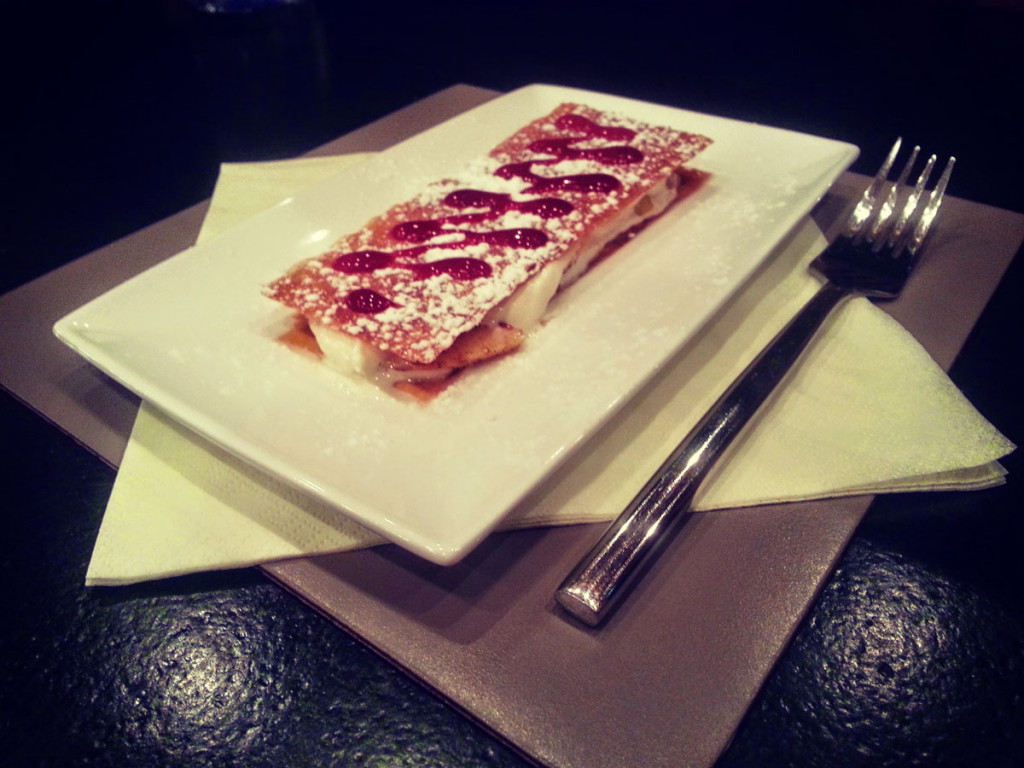